10 Medical Reversals: When the Research Was Wrong

10 Medical Reversals: When the Research Was Wrong

It appears that even world-class medical journals occasionally dole out incorrect medical advice.

A medical reversal is a type of low-value medical practice that has been found—through randomized controlled trials—to be no better than a prior or diminished standard of care.

In a June 2019 meta-analysis published in the journal eLife, Diana Herrera-Perez and colleagues mined nearly 3,000 randomized-controlled trials published in the Journal of the American Medical Association, the Lancet,and the New England Journal of Medicine from 2003 to 2017. In total, they identified 396 medical reversals.

Recommendation: Use of sertraline or mirtazapine for depression in patients with dementia.

Reversal: Sertraline and mirtazapine are commonly prescribed for depression in older adults. Furthermore, mirtazapine is recommended as a first-line treatment for depression in clinical guidelines at all ages. Subsequent research, however, has shown no difference in the improvement of depression among patients with Alzheimer disease. It’s hypothesized that depression in the elderly population may have different mechanisms than in the general population, which is why these medications don’t work on older patients.

Reversal: The practice of using compression bandages to minimize the risk of superficial thrombosis dates back to Germany in the 1800s. Ever since the 1930s, physicians have used compression stockings to prevent deep vein thrombosis, with the practice picking up in the early 2000s. This intervention, however, lacked the support of clinical trials, with subsequent research proving that compression stockings didn’t work to prevent symptomatic or asymptomatic deep vein thrombosis in patients one week after a stroke. 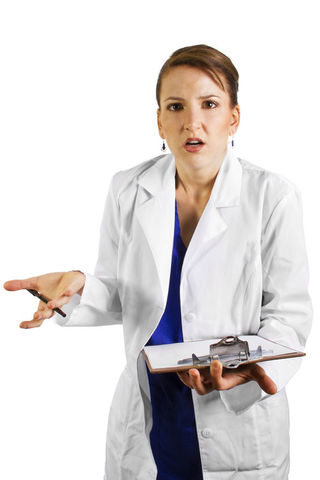 Reversal: Subsequent high-power research has not supported the benefit of mammograms in women under age 50.

Recommendation: Hormone replacement therapy could counteract the effects of aging in postmenopausal women.

Reversal: Subsequent analyses showed that hormone replacement therapy had complex risks and benefits. However, it is not appropriate or recommended for the prevention of chronic disease in postmenopausal women.

Recommendation: Following surgery, colon cancer relapses in 50% of patients, commonly metastasizing to the liver. Intrahepatic arterial infusion has been utilized as a means to deliver chemotherapy in higher doses to cancer cells and to minimize adverse effects in these patients.

Reversal: Subsequent clinical trials have shown no difference in survival benefits in patients with relapsed colon cancer who received either intravenous chemotherapy or intrahepatic arterial infusion.

Recommendation: To help stop the spread of antibiotic-resistant bacteria in the ICU, the CDC recommended that gloves and gowns be worn during all patient encounters.

Reversal: Subsequent research has shown no difference in the acquisition of two serious types of antibiotic-resistant bacteria—methicillin-resistant Staphylococcus aureus or vancomycin-resistant Enterococcus—between ICUs that took universal glove-and-gown precautions and those that did not.

Recommendation: Despite serious risks, including low birth weight or preterm delivery, between 6% and 22% of women in high-income countries smoke while pregnant. Several guidelines recommend the use of nicotine-replacement therapy to help these women quit smoking.

Recommendation: In patients with osteoarthritis who are 45 years or older, arthroscopic knee surgery for a meniscus tear detected on magnetic resonance imaging (MRI) is better than physical therapy.

Reversal: Subsequent research has shown that these patients do better on physical therapy than with surgery, and the initial approach should be nonoperative.

Give Us a Call at

We are sure we can help you!